What is a shock wave?

If we open any textbook on physics, we will be surprised to find the fact that the very concept of "shock wave" refers to the physics of explosion. When physicists began to study the phenomena that occur during powerful explosions, they identified their powerful high-energy supersonic component, which they designated as a shock wave.

What is a shock wave, what effect does it have on the body, destroying or, conversely, creating, what is its relationship with medicine, and what does it have to do with traumatology and orthopedics? We will try to answer these and many questions. 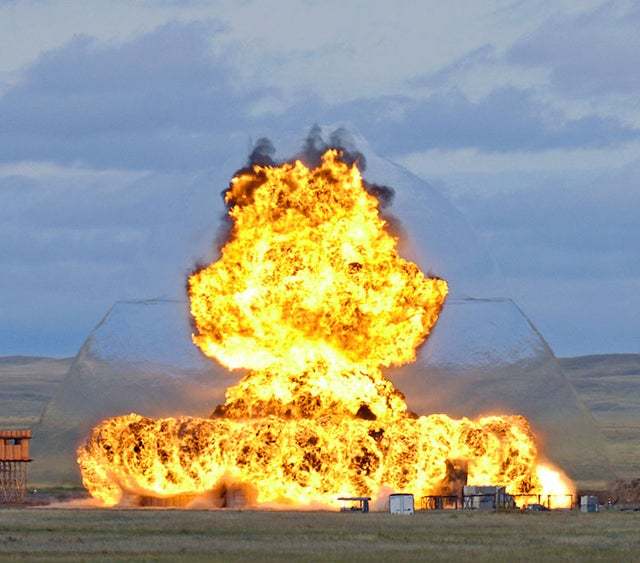 So, a shock wave (SW) is a region of a highly compressed medium (gaseous, liquid, or solid) that propagates in all directions from its source of origin at a supersonic speed, having a sharp front boundary (shock wave front).

The shock wave front separates the unperturbed medium from the medium with increased pressure, density, velocity, and temperature. And there can be a great many sources of shock waves, in particular, these are powerful explosions and electrical discharges, intense combustion in the nozzles of missiles, supersonic aircraft, etc. In fact, such sources of shock waves have a damaging effect on the body, often leading to its death. But even the destructive effect of a high-power shock wave has found application in urology - it is the crushing of biological calculi in the renal pelvis, ureters, referred to as distance shock wave lithotripsy.

What are the effects of the shock wave?

The local impact of a shock wave of low intensity (hereinafter simply a shock wave of shock waves) has the opposite effect on the body - a constructive one, which can be compared to a deep penetrating massage. In fact, those shock waves that are used for therapeutic purposes in medicine have a rather low pressure in the shock front, and therefore, in terms of their characteristics, they are close to acoustic mechanical waves.

So what happens to our tissues with such an impact? When a wave passes in the zone of the shock front, a sharp compression of soft tissues occurs under the action of increased pressure, high density and high propagation velocity, followed by a zone of rarefaction (stretching) of our tissues, which is accompanied by the phenomenon of cavitation - the formation of microscopic bubbles filled with liquid vapor.

The body's response to such an effect is standard - it is a reflex inflow of arterial blood (angiotrophic effect), adequate venous outflow and lymph outflow. Every organ, tissue, cell of our body is controlled by the autonomic nervous system, which, like nets, envelops all the vessels that carry nutrients and oxygen. It is up to her to decide (through the central nervous system, of course) how much to supply vital nutrition to this or that area of ​​our body through vaso-vasodilation.

The impact of a shock wave on the nervous system, including the vegetative one, causes a second important effect - neurotrophic. And that area of ​​the body that experienced a lack of blood flow for any reason, or was in a state of spasm, hypertonicity, or, being in a vicious state due to the development of functionally unsuitable scar, fibrous, sclerosed tissue, under the influence of a shock wave changes its structure (becomes more elastic) due to the resumption of microcirculation and neurostimulation. Again, to put it simply, the effect of a deep penetrating massage arises.

After these two main effects, mediated ones are noted: analgesic, anti-inflammatory, anti-edema, stimulating regeneration processes and the formation of a microcirculatory network (angiogenesis).

So, shock waves contribute to:

What are the side effects of SWT?

There are only two main ones, and they are unstable (individual):
- during a SWT session, in some cases, a temporary increase in pain syndrome is possible, which depends solely on the strength and intensity of the effect and on the individual susceptibility of patients;
- after the procedure, the formation of redness and intradermal superficial hematomas is possible, which again depends on the individual constitution of the patients (sensitive skin, “fragile vessels”) and the intensity of exposure. These effects usually subside in 3 to 5 days.

Many people ask the question, is the SWT procedure itself painful? In some cases, due to the individual characteristics of the organism, the procedure is very noticeable and in some places it can be tolerably painful. This is comparable to a good deep penetrating massage: where the massage therapist's fingers cannot reach, a shock wave will penetrate.

How many procedures are required for a course of treatment?

How often are the procedures performed?

The effect of HC itself has a prolonged (prolonged) effect, that is, the processes of normalization in the tissues disturbed by the effect take an average of at least four days. Therefore, the procedure should be repeated for 4-7 days, but not earlier. In addition, the healing properties of the shock wave described above continue to positively affect the healing process and get rid of the disease for several months (from 1 - 2 to 4 - 6) after the end of the course of therapy. Many patients, especially in middle and old age, note secondary positive changes in the body, such as normalization of blood pressure, a significant improvement in the psycho-emotional state, general vigor and a surge of strength.

How often are the procedures performed?

The effect of SWT itself has a prolonged (prolonged) effect, that is, the processes of normalization in the tissues disturbed by the effect take an average of at least four days. Therefore, the procedure should be repeated for 4-7 days, but not earlier.

In addition, the healing properties of the shock wave described above continue to positively affect the healing process and get rid of the disease for several months (from 1 - 2 to 4 - 6) after the end of the course of therapy.

Many patients, especially in middle and old age, note secondary positive changes in the body, such as normalization of blood pressure, a significant improvement in the psycho-emotional state, general vigor and a surge of strength.

What determines the price of a course of shock wave treatment?

The cost of one or another session is formed in each case individually, however, before you read the price list, you must understand what factors influence its formation. First of all, these are:

The price list contains the cost based on the established standards for conducting a SWT session, taking into account the developed methods. But since each person is individual, the very approach to treatment becomes individual, and the methods are flexible. It is not the person who adapts to the method, but, on the contrary, the method to the person. And our main task is to help the body cope with the disease, taking into account its characteristics.

Which doctors perform the SWT session?

In the Awatage medical center, patients are consulted and shock-wave therapy procedures carried out by orthopedic traumatologists, neurologists, and physiotherapists. If necessary, doctors from other medical fields can be invited or recommended. Our specialists have more than 15 years of experience in the field of the application of shock waves in medicine, including on the Storz Medical (Switzerland) and Gymna (Belgium) devices.

Regular exchange of experience with doctors from Germany and Belgium, participation in annual international seminars on shock wave therapy, guarantees a high level of proficiency in SWT techniques. Our medical center has a very important advantage - we not only own one of the best SWT Gymna devices, but also have the knowledge of their correct use!