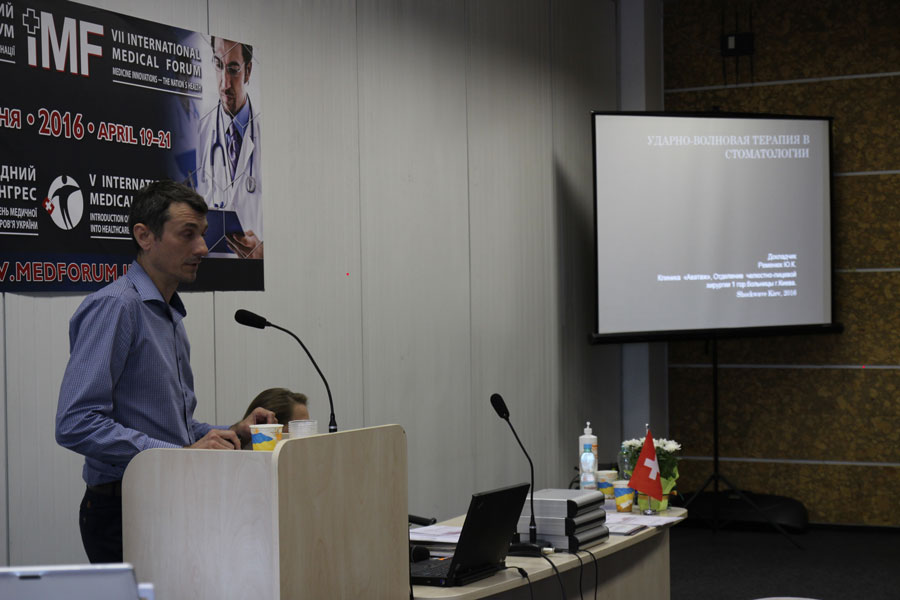 Paradontosis is a lesion of the gum tissue with atrophy of the alveolar processes; with paradontosis, the supporting part of the tooth is affected.

What leads to atrophic processes in the tissues of the body?

Of course, a decrease in the number of blood vessels. This can also be caused by systemic diseases that affect the vessels, for example, diabetes mellitus, vascular atherosclerosis, and thyroid disease.

Modern approaches to the treatment of periodontal diseases.

The listed methods of treatment do not affect the processes leading to the destruction of periodontal tissues, therefore, after such treatment, there is no recovery. Dentists note that for the treatment of periodontal disease, it is necessary to apply procedures that improve blood circulation in the gums and bone.

Dysfunction of the temporomandibular joint.

With TMJ dysfunction, a weakening of the ligamentous apparatus, a change and loosening of the intra-articular disc are often observed, which leads to pain syndromes and frequent subluxations of the temporomandibular joint. Reduction and surgical techniques are not a guarantee against recurrent dislocations. Conducting procedures of shock wave therapy in such patients prevented the recurrence of dislocations in the next half-year (the period of observation of patients).

Periodontitis is a chronic bacterial infection of the periodontal tissue (tissue surrounding the tooth, including the areas of bone adjacent to the tooth).

In the future, options for chronic infectious periodontitis will be taken for consideration.

The main methods of treating periodontitis:

Initial research gave impetus to the use of the regenerative force (properties) of shock wave therapy.

Shock waves were applied from the outside of the cheek or lip directly to the periodontal area that needed to be treated.

A 57-year-old woman on anticoagulant therapy (Mankumar). Such patients require a special approach, postoperative treatment, because they have an increased tendency to bleeding. In this case, periodontal damage was found in the area of ​​the molars. X-ray shows vertical interradicular bone loss in the first molar, which is bridged to the rest of the molars on its side.

The consequence of bone destruction was bacterial and suppurative local periodontitis, in which osteoclasts destroy bone by an autoimmune mechanism. Weighing the pros and cons of possible treatment methods, taking into account the general condition of the patient, the choice of the treatment method fell on tooth extraction as the least harmful for the client's repeated prosthetics. But they decided to postpone and conduct a course of shock wave therapy Results. Clinically, a decrease in the gingival pocket is evident 3 months after the course of shock wave therapy. Previously, the mobility of teeth 46 and 48 was 2 after treatment 0 (became immobile). Local symptoms in the form of suppuration and swelling, increased bleeding no longer occurred. In addition, the image showed bone formation with leveling of the periodical pocket (indicated by arrows).

After tooth extraction in region 35, a 53-year-old female patient developed bone failure after pretreatment with collagen gel. Vertical bone destruction in the region is confirmed both clinically and radiographically. The height of the bone above the alveolar site was 6-7 mm. and the inhomogeneous cancellous bone tissue at this site was not suitable for implantation. The aim of the SWT was to stimulate bone growth for the planned implant.

3 months after the shock wave therapy, a clinical examination of the implantation site revealed gingival stabilization and a decrease in the saddle-shaped bone defect. The bone formation found on X-ray created the conditions for further successful implantation of the prosthesis. The bone structure became more homogeneous (uniform), the thickness was 11 mm. The implant was successfully placed 6 months after the shock wave therapy.

The use of shock wave therapy in dentistry will make a breakthrough in the treatment of periodontal diseases and dental prosthetics.