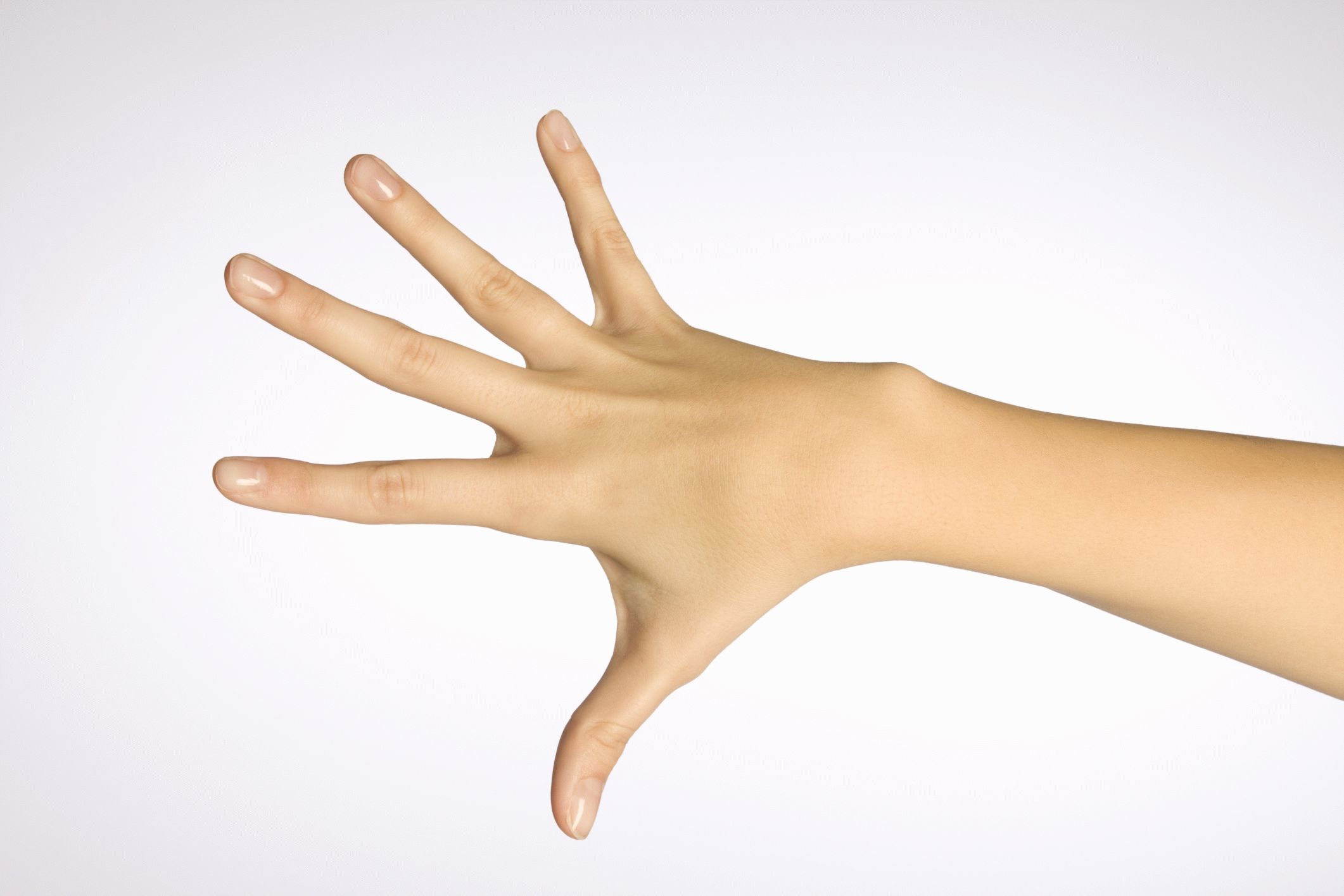 Each of us noticed that the tips of the fingers of the outstretched hand were trembling. This is a well-known tremor. If you record such movements of your fingertips on a moving tape, then some oscillatory process will be depicted on it. It is practically impossible to catch a pattern in its course. It is random in nature both in the magnitude of deviations from a certain reference point taken as zero, and in the frequency of the location of the peaks on the curve on either side of the zero level. When we gradually increase the tension of the muscles of the arm, the swing increases and, quite remarkably, the vibration becomes more regular. With maximum muscle tension, the fingertips will trace an almost regular wavy line on the moving belt - a sinusoid. This pattern is especially clearly visible when we tightly clench the fist of the arm bent at the elbow.

The range and frequency of oscillations do not depend on the desire of a person, but are strictly determined by the internal laws of muscle biomechanics. The oscillation frequency is usually 10-11 Hz. Similar fluctuations are observed with tension in other muscle groups, so the head shakes with tension in the neck. Consequently, to the extent of muscle tension, the work of the contractile elements in them is ordered: they begin to contract more synchronously, lengthen and transmit their activity to the links of our skeleton.

Muscles, due to their oscillatory movements, even emit a quiet sound. This was first noticed by the German physicist H. Helmholtz. The sound of a flying bumblebee, for example, can be heard by putting your ear to the highly tense bicep of the arm. The pitch is 19.5-20 Hz. You can clearly hear the sound if you squeeze the jaw strongly, the chewing muscles vibrating in this case are located in the immediate vicinity of the hearing organs.

The conclusion suggests itself that the body needs such vibrations for some reason!

Thus, the Austrian physiologist H. Roracher believes that natural microvibration maintains constant excitation of mechanoreceptors and thus signals to the cerebral cortex (more precisely, to the sensitive area of ​​the labyrinth) about “body feeling and body pattern”. He also believes that microvibration is important in filtration processes in tissues and metabolism in the body. A simultaneous change in the length of muscle fibers deforms the muscle to a greater extent and alters the lumen of the blood vessels enclosed in the muscle, and, therefore, in the presence of valves, causes an increased blood pumping function of the muscles. This circumstance, presumably, provides increased muscle nutrition, an increase in their mass after intensive training and the relief of the muscles of athletes. A synchronous change in the length of muscle fibers also leads to simultaneous stimulation of a large number of mechanoreceptors, causes a strong effect on the central nervous system and, as a consequence, better muscle control.

It turns out that in some respects we do not use even a tenth of the miraculous possibilities of active muscle tension. It is possible to open up the body's reserves by biomechanical stimulation of muscle activity.

What is biomechanical stimulation, how to restore an attractive appearance, motor activity after injuries and diseases, to prolong active longevity?

What allows the discussed effect on muscles to be allocated in a new direction?

There are basically two reasons for this.

Firstly, in form: the vibration is applied along the muscle fibers, that is, in the direction characteristic of normal muscle contraction. This circumstance is not taken into account in the usual vibration massage, but it is essential.

Secondly, and this is the main thing, the training and biological effect is achieved with such an effect in some respects (for example, in terms of time spent) tens and even a hundred times faster, as they say, an order of magnitude or two higher than usual.

How do muscles and blood vessels interact?

Muscle fibers and hundreds of tiny capillaries intertwined with them interact with each other. When the muscle is stretched, all the capillaries are squeezed and the blood from them is squeezed out into the veins. Due to the presence of valves in the veins, blood does not come back. When the muscle is not stretched, it returns to its original position. Veins and arteries are not compressed and a vacuum is formed in them - the blood comes back. Only from the side of the veins, the flow is impeded due to the presence of valves. Those. blood comes from arterioles and fills the voids. If we perform a series of such sequential actions, stretching and releasing (contracting the muscle), then we will see that the muscle works as a pump, pushing blood into the venous system from the arteries. The more often and more the amplitude of deformations, the more intense the unidirectional blood flow.

A similar effect of filling the venous vessels with blood has been observed by many when they take a blood sample from a vein and ask the subject to work with a brush. In this case, there is a rapid filling of the veins with blood and their increase.

To stimulate such muscle deformation, it is enough to apply a load to the tendons in the form of a normal vibration.

Longitudinal vibration apparently contributes not only to the periodic creation of a vacuum in the vessels of the muscle, but also in itself facilitates the transport of blood cells through them, as well as the exchange of substances between the contents of the vessels and the muscle fibers adjacent to them. Red and white blood cells have an irregular oblong shape. Therefore, periodically narrowing, the vessels with their walls, as it were, strike from the sides on the shaped elements, orienting them longitudinally in the channel, and, therefore, facilitate the passage through the vessels. This is especially beneficial in narrowed areas where valves are present. The cross-section of the channel of the vessels during vibration also becomes periodically larger than in a calm state, since the material of the vessels is elastic. Presumably, this circumstance determines the effect of blood flow in the muscles.

So, BM stimulation is a frequent periodic mechanical effect on human muscles, directed along their fibers, in order to control a number of physiological functions (in particular, blood circulation). These patterns, of course, do not exhaust the entire picture of the phenomenon under consideration. Therefore, let's pay attention to other aspects.

With BM stimulation, we stretch and release the muscle fibers, tendons, muscle sheaths, and bursae. Consequently, signals will rush into the central nervous system in a powerful stream, thereby causing a systemic reaction of the entire organism. Mechanoreceptors are also called proprioceptors, that is, (translated) perceiving themselves. They give a person an idea of ​​his posture, load on the motor apparatus, and accelerations. Violation of their activity leads to the complete impossibility of coordinated muscle movements.

For mechanoreceptors, vibration is a strong irritant, since the direction of mechanical deformation changes very quickly. But the frequency should not be too high, otherwise the nerve cells stop responding to irritation. For example, very frequent vibrations, like ultrasonic stimuli, do not irritate nerve endings, but only cause thermal phenomena in muscle tissues.

By changing the amplitude of longitudinal vibrations, their frequency, as well as various combinations of these parameters over time, it is possible to very strongly irritate the mechanoreceptors and thus effectively affect the central nervous system, forming persistent foci of excitation in the motor area of ​​the cerebral cortex. Skillful accounting of the body's reactions to such excitations of the central nervous system allows you to get many positive effects for practice in sports, medicine and just the process of life.

The effect on mechanoreceptors is the second main channel of BMS effect on the human body. It should be noted that the frequencies and amplitudes that are optimal for the implementation of the blood pumping function of the muscles differ from those that are optimal for irritation of mechanoreceptors. (For the first case, the frequencies are lower than for receptor stimulation). Therefore, by changing these parameters, we can, at our discretion, have a predominant effect on one or another function of the body.

The third channel of BMS impact on the human body is the impact on the processes of energy conservation and energy use in muscles. When BMS acts on muscles at certain frequencies, the fastest possible use of ATP (the main energy reserves in the muscles) in the muscle tissue occurs, which equates to the use of ATP to heavy physical exertion or muscle training. All further recovery processes in muscles after exposure to BMS also proceed exactly as after significant physical training. Thus, it is possible to train muscles without stress.

Technology V-Actor or biomechanical stimulation allows you to target tissues with pneumatically generated vibration pulses. Compression and decompression enhances microcirculation, as a result, metabolic products and toxins are effectively removed through the blood and lymphatic system.

Stretching the tendon and muscle fibers with the V-Actor normalizes muscle tone and, as a result, muscle tension and compaction disappear. If the treatment is carried out with a frequency of more than 35 Hz, then the tensile reflex will occur 35 times per second, which means that the muscle will contract more or less constantly. This reflex activity is called the tonic vibrational reflex (TVR).

V-actor technology is a local processing of trigger points, activation of muscles and surrounding connective tissue.

Where can vibrotherapy be applied?

1. Muscle training by acting at specific frequencies. Replaces many hours of training in athletes. The result is the same.

2. Relieves the effects of frequent and exhausting exercise in athletes.

3. Relieves "krepatura" in the body in 1 session.

5. For smoothing age and expression wrinkles. The effect appears after the first sessions.

6. When treating cellulite in combination with shock wave therapy.

7. In the treatment of muscle tonic syndromes in neurology.

neurologist of the highest category,