Why does the head hurt? 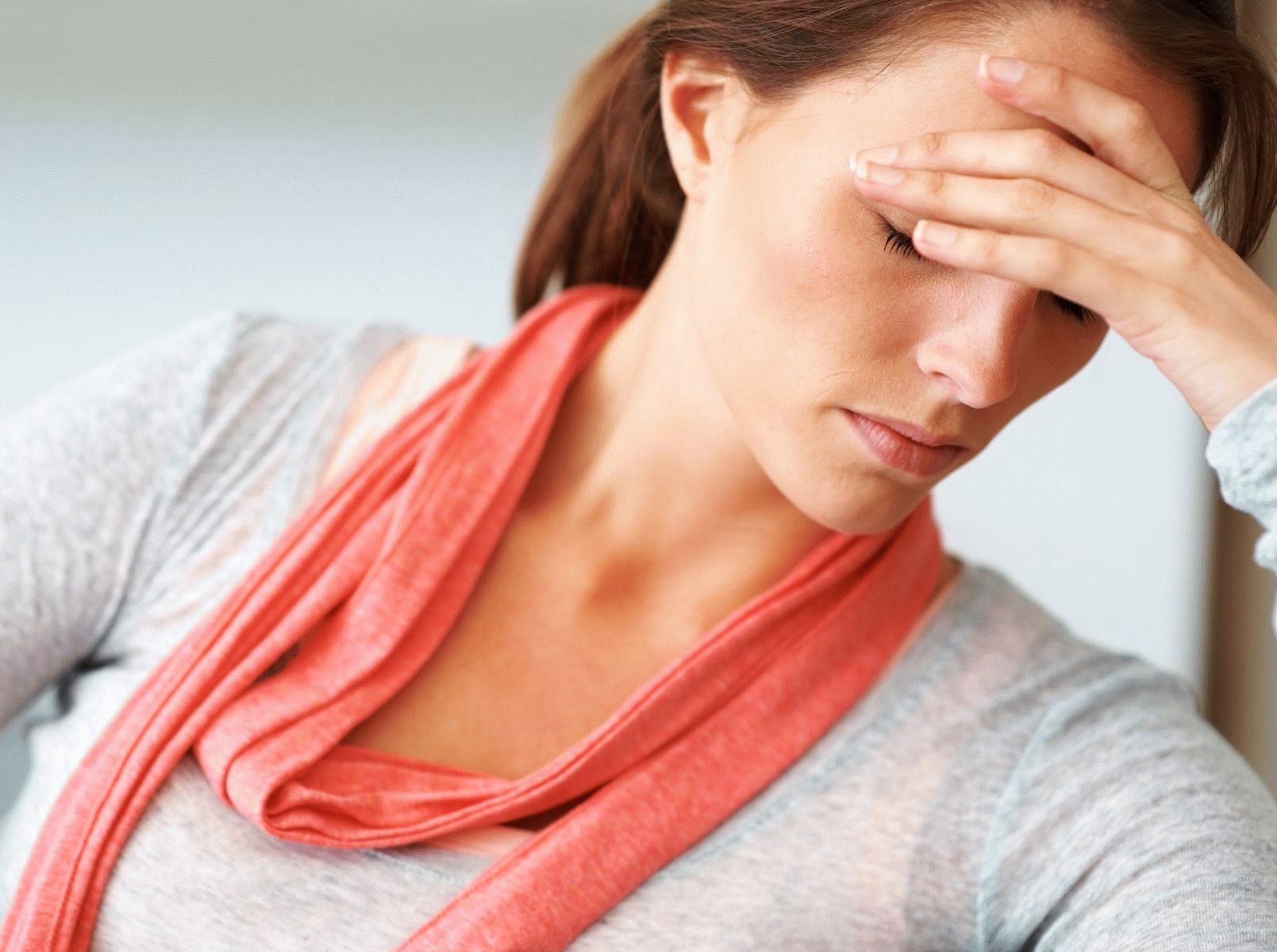 Why does the head hurt?

The importance of the problem of headaches, apparently, can not be doubted by anyone. It is difficult to meet a person who grew up from childhood, who has never had a headache in his life. In the developed countries of the world, headache (HD) is considered a serious medical and economic problem [2]. Scientists also emphasize the relevance of the issue. For example, a study conducted by the German Society for the Study of Headache showed that tension headache occurs in 88% of women and 69% of men [1]. The indicator is quite significant: almost 9 out of 10 women and 7 out of 10 men!

To consider the issue in detail, let's define the basic concepts. The vast majority of headaches are referred to as primary headaches. As shown by numerous epidemiological studies carried out in different countries of the world, it is primary headaches that account for 90-95% of all headaches [2,5].

What is meant by "primary" headaches?

This term means that, despite the presence of a headache in the patient, no significant deviations from the norm are found during medical examination and other examinations.

The vast majority of primary headaches are of 2 main types:

Secondary headaches are also isolated. They have a specific cause, a certain disease, with the correct treatment of which the headache goes away. The cause of headaches can be craniocerebral trauma, vascular diseases of the brain, tumors and infections of the nervous system, and other diseases of the head and neck, which in total are responsible for no more than 5-10% of all headaches [2,5].

Why is it so important to distinguish between primary and secondary headaches?

There is a tendency among physicians to overestimate secondary headache. Psychologically, this point is quite understandable. The patient comes to the doctor's appointment and complains of an unbearable headache, every day something crushes, bursting, nauseous, there is no strength not to work, and I do not even want to live, some kind of constant fatigue and depression... The doctor, in his turn, afraid to miss some serious illness, carefully interviews and examines the patient. And what? And the patient is formally healthy, no serious illness of the nervous system is found in him. How so? Probably under-examined. But there is a serious complaint, you need to make a preliminary diagnosis faster, treat the patient. So it turns out that a patient with a primary headache is often misdiagnosed: post-traumatic arachnoiditis / encephalopathy, hypertensive-hydrocephalic syndrome (especially in children with complaints of headache), osteochondrosis of the cervical spine, discirculatory encephalopathy, vegetative and vascular dystonia. [2.9].

However, with such diagnoses, the patient is often treated with vascular and other drugs that have no effect on primary headaches. At the same time, time is wasted, the pain syndrome progresses. Headaches bother the patient almost constantly and the disease becomes chronic. The patient becomes discouraged and stops trusting both doctors and any methods of treatment. And the reason lies in the delayed recognition of the problem.

What hurts in the head?

The answer to this question is not so simple, even for a specialist doctor. For different types of headaches, there is a special mechanism of pain. With migraine, the cause of pain is changes in the diameter of the intracranial vessels (primarily, the vessels of the dura mater). They arise due to the fact that in some people the central nervous system is too excitable and, more often than normal, gives a "command" to the vessels to change their lumen. In most cases, this feature is congenital. A migraine attack is triggered by certain factors of the general condition of a person and the environment (triggers): food, stress, depression, hormones, drugs, etc. [3]. In the treatment of such pain, the main role is played by the use of certain drugs and the exclusion of factors that can provoke a migraine attack (for example, the use of tea, coffee, alcoholic beverages, chocolate, lack of sleep, physical and mental overload). However, despite the above, many patients with migraine show tension and soreness of the muscles of the head and neck [5], as in tension headache, which will be discussed below.

The main provocateurs of tension headaches:

The pain itself is associated precisely with the tension of the posterior group of cervical muscles and muscles of the skull, the so-called muscle-tonic syndrome is formed [2,5]. Often the patient can feel that something is squeezing the head like a "helmet", "helmet" or "hoop". Very often, aching pain and discomfort can bother in the muscles of the neck in the back and shoulder girdle on both sides ("coat hanger syndrome") [5]. Under the influence of certain reasons, which will be discussed below, the muscles tense more often and harder than normal. In this case, changes occur both in the muscle itself and in the nervous system.

Frequent contraction of muscle fibers leads to constriction of blood vessels and impaired blood circulation in the muscle itself. She lacks oxygen and nutrients, and her own "toxins" - metabolic products are not removed from it. In places where these changes are more pronounced, so-called trigger points (TT) are formed - painful seals that the doctor can feel in the muscle. A feature of these formations is that not only the point itself can hurt, but also places that are far from it [7,8]. This phenomenon is called "reflected pain". Often, a headache is formed as a reflection pain from a well-defined muscle [4]. This fact is of great clinical importance, since by eliminating the tension in this muscle, it becomes possible to completely relieve the patient of the headache.

The cause of muscle tension is often the curvature of the spine and its degenerative changes (osteochondrosis, spondyloarthrosis), which can be detected on an X-ray image [4,5].

One of the most important factors causing muscle tension is prolonged work in an uncomfortable position. The above applies to working at a computer, working in the garden and gardening area, long-term driving. Considering the fact that today a person spends most of his working time at a computer and a desk, tension headaches are a "scourge" for office workers.

There is an opinion that the presence of chronic emotional stress is also the cornerstone of tension headache [1,5]. It is formed under the influence of factors, the significance of which is individual: for someone - troubles at work, for another person - problems in the family, someone else - a feeling of their own unfulfillment, etc. However, HDN can also manifest itself one-time under the influence of a single strong experience (“the child fell ill,” “quarreled with the boss,” “did not cope with the assignment”). Stress provokes and maintains the aforementioned muscle tension. One of the key mechanisms of headache is forming, a vicious circle: stress → muscle spasm → pain [5,10]. An important role is played by the presence of certain personality traits (in particular, increased anxiety), as well as the individual properties of the nervous system [1].

Physicians and patients alike should understand that primary headaches are benign. To cure this pain, you need to relax the tense muscles [4,6]. Literature data indicate that a combination of medicinal and non-medicinal techniques is effective in treatment. Non-pharmacological methods of treatment are based on a combination of various techniques of manual therapy, acupuncture and physiotherapy, as well as physiotherapy exercises [4, 11-14].

As mentioned above, physiotherapy treatment is one of the most important areas in the treatment of muscle tension in headaches. The method of shock wave therapy (SWT) deserves special attention, which is rapidly developing and has managed to win the trust of doctors and patients in many European clinics.

The evidence base for shock wave therapy is impressive. Good results with the use of shock waves have been obtained in muscular-tonic syndromes of various localization [6, 10, 15-18]. Our own observations indicate that the use of shock wave therapy for various types of primary headaches can significantly reduce the pain syndrome after the first sessions, and in most cases, eliminate it completely after the end of the course of treatment. In this case, the patient can reduce the dose of pain medications and subsequently completely abandon them. The SWT method has practically no side effects and can be successfully used in both young and elderly patients.

In conclusion, it should be noted that timely diagnosis and proper treatment of headaches will allow the patient to completely get rid of the disease and regain the joys of an active life. In this process, cooperation and mutual trust between the doctor and the patient is important, setting a clear goal for a full recovery. The final link in this partnership is the choice of an effective and safe method of treatment.