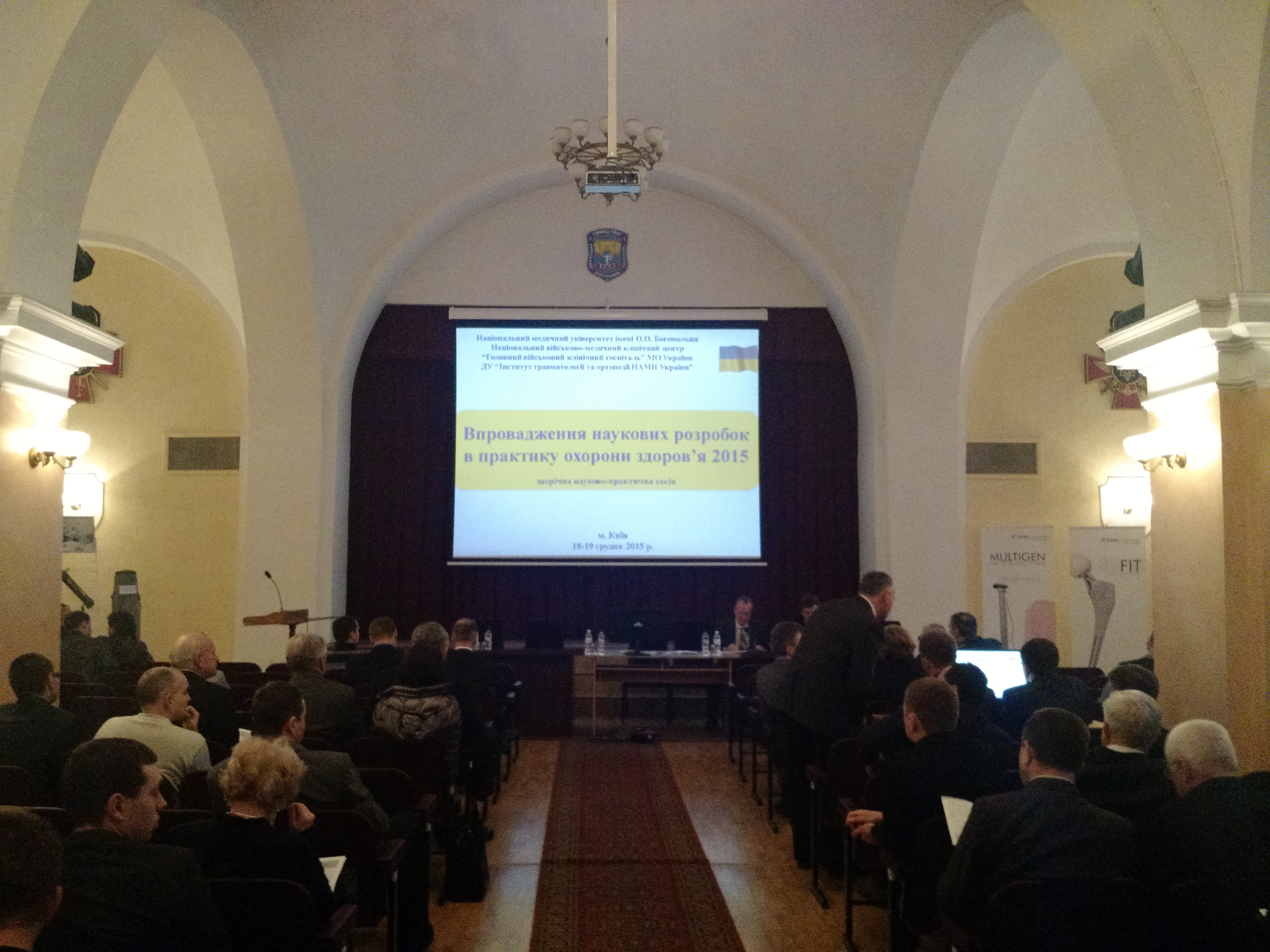 Shock wave therapy at the congress of traumatologists in Kiev

On December 18-19, 2015 in Kyiv, the Central Military Hospital of the Ministry of Defense of Ukraine, an annual scientific and practical session "The introduction of scientific developments into the practice of health protection 2015" was held. For the first time in Ukraine, among traumatologists at the highest level, the method of shock wave therapy was actively discussed as a non-surgical method for treating injuries (in particular, fractures) and plantar fasciitis (heel spurs).

Discussion of new developments in medicine was carried out under the auspices of large medical institutions in Ukraine, namely:

The chairman of the organizing committee is the rector of the Bogomolets National Medical University, a corresponding member of the National Medical Academy of Sciences of Ukraine, professor Amosova Ekaterina Nikolaevna.

The participants of the scientific and practical session were greeted on behalf of the Parliament of Ukraine by the Deputy Chairman of the Verkhovna Rada of Ukraine Committee on Health Issues Sisoenko I.V.

It should be noted that for the first time at such a high level among professionals - orthopedic traumatologists, the issues of the use of radial shock wave therapy in the treatment of various diseases were discussed.

In particular, the head of the Department of Orthopedics and Traumatology No. 1 of the N. PL Shupika, Honored Worker of Science and Technology of Ukraine, Doctor of Medical Sciences, Professor Herzen Henrikh Ivanovich made a presentation "The influence of radial extracorporeal shock wave therapy (ESWT) on the treatment of experimental bone injury". The report dealt with the effect of acoustic (shock) waves on the body in the treatment of bone injury. The peculiarity of this study is that it was carried out on the basis of the medical center for shock wave therapy "Awatage" on the Swiss equipment of the company Storz Medical. With the help of the specialists of the Awatage clinic, for the first time in Ukraine, unique results of the effect of shock wave therapy on the healing of bone injuries were obtained. Discussion at such a high level among orthopedic traumatologists speaks of the high efficiency of the shock wave therapy method and the great prospects for the treatment of fractures.