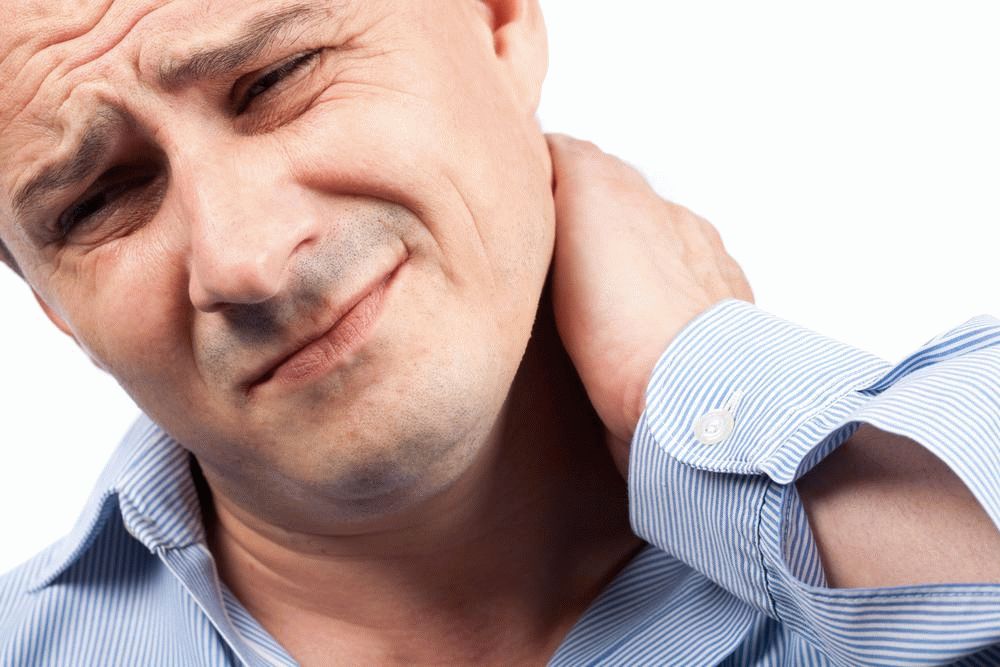 Syndrome of a switch blow is a new trauma of cervical department of a backbone which began everywhere spread in connection with development of the railway and motor transport. It is called by kinetic energy which is transferred to the neck area at sharp braking or acceleration of the vehicle. Most often the trauma occurs owing to road accident at blow behind, or sideways. Thus there is a sharp extension of a neck and the subsequent damage of the bone and articulate device and/or soft fabrics of cervical department that is shown by various clinical forms. Very important role in the mechanism of development of this trauma is played by the surprise moment. The victim is as a rule, the sleeping passenger at whom at the time of accident a muscle of a neck were weakened that otherwise would prevent a trauma.

There are 5 severity of a whip syndrome. In this article we will stop on lungs (most frequent) forms of this pathology as the last stages of this disease are shown by changes and shifts of cervical vertebras with a pressure on a backbone cord that demands carrying out urgent resuscitation and neurosurgical actions in the conditions of a hospital.

The clinical symptomatology of this trauma is rather various. Practically in 100% of cases patients are disturbed by pain in a neck and restriction of amplitude of movements in cervical department, a painful spasm of cervical muscles. Quite often (in 60% of cases) chronic headaches meets that demands differential diagnostics with tension headache. The instruction on road accident in the anamnesis helps the doctor to establish the correct diagnosis. Other accompanying symptoms: headache, hand pain and a humeral belt, feeling of "crawling of goosebumps" in the top extremities and a trunk, difficulties when swallowing, sight violations, vegetative symptomatology (nausea, vomiting, fluctuations of pulse and arterial pressure, perspiration), fatigue and violation of concentration of attention. Pains tend to synchronization. In particular, in some researches, it is reported about existence of the pains proceeding more than 6 months, approximately nearly 40% of patients. In hard cases the neurologic symptomatology joins: violation of sensitivity and muscular weakness in hands and a humeral belt.

To establish the diagnosis of a whip trauma at confirmation of the fact of incident rather simply. However so happens not always, the clinical picture in many cases is shown later many time after the trauma. For statement of the correct diagnosis, except poll and clinical examination of the patient by the neurologist, it is necessary to resort to an additional method of inspection (most often to a X-ray analysis, or a magnetic and resonant tomography of cervical department). It is also necessary to remember that possibility of a whip trauma at car accidents is highest therefore careful examination should be conducted right after incident, without waiting for emergence of symptoms of an illness.

Treatment of a whip trauma is always complex and includes an immobilization of cervical department with using the special tire, occupations by remedial gymnastics, application of thermal applications and physiotherapeutic procedures. At first time after a trauma the cervical department is extremely sensitive to mechanical loadings therefore the sparing motive mode is shown to patients. In most cases at observance of a neck immobilization (sometimes till 6 weeks) and implementation of the medical program the absolute recovery comes.

The Shock-wave Therapy (SWT) at application in a complex with other techniques allows to reduce considerably restoration time after a trauma and to improve its result, , and in the presence of chronic post-traumatic spasms and painful a syndrome, it fights with them effectively. Thanks to expressed anesthetizing, vascular, miorelaksiruyushchy, trophic and to other effects of shock-wave therapy pain and a muscular spasm is eliminated, mobility in cervical department increases, its tendinous and copular device is restored. Alsofood of intervertebral joints improves that allows to eliminate or considerably reduce manifestations of post-traumatic arthrosis. The course of treatment includes 7-8 procedures with intervals of 5-7 days lasting session about 15 minutes. Except actually shock waves, the medical program includes obligatory application of the Swiss V-actor technology that allows to improve a condition of cervical muscles and to accelerate occurrence of clinical effect.