The international conference about shock-wave therapy method in Berlin. Our doctors 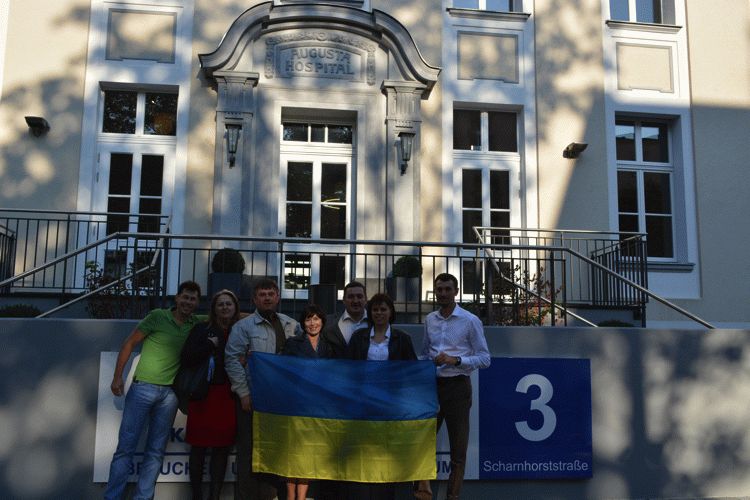 The international conference about shock-wave therapy method in Berlin.

From October 3 to October 4, 2014 the international conference devoted to shock-wave therapy took place in Berlin (Germany).

Acted as organizers of the international conference Institute of sports medicine (Germany), the company Shtorts Medikal (Switzerland). The well-known hospital Sacred August which is in the territory of clinic settled down in the center of the capital of Germany was chosen as a venue of conference you Rummage. Traumatologists, neurologists, physiotherapists, urologists, dermatologists and rehabilitology from the countries of Europa, Asia, North America were participants of the international conference dedicated to shock-wave therapy.

At conference in 2014, as well as on previous which passed in 2011 and took place in Frankfurt Am Main (Germany), the practicing doctors and scientists exchanged the saved-up experience and knowledge of application of shock-wave therapy on the Swiss machines of the Storz Medical company (the Curtain Medikal). Leading experts, doctors from around the world presented new techniques of treatment of diseases by means of the focused and radial shock-wave therapy. Within conference scientific reports, master classes for the practicing experts and seminars were given. 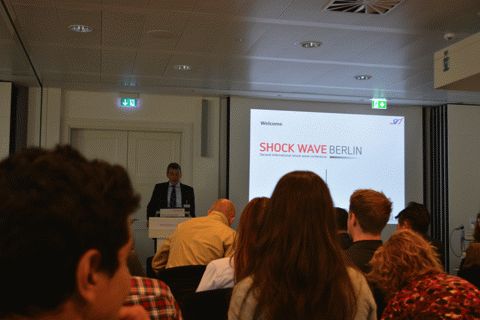 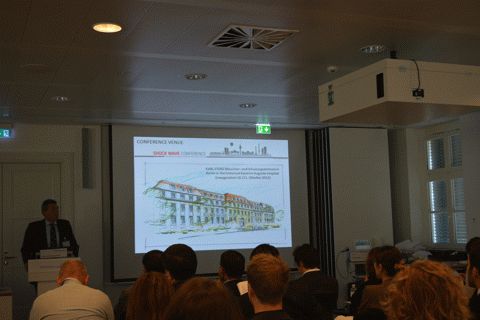 The leading doctors of «Awatage» clinic presented two works (reports) which summed up the general experience of SWT using at patients in Clinic of rehabilitation in Zaporozhe. The first report was devoted to comparison of efficiency of shock-wave therapy with other methods in treatment of a plantar fasciitis (a calcaneal spur). The report was done by the neurologist of the highest category, the candidate of medical sciences Sikorskaya M. V. Work was carried out with doctors of traumatology office of the medical center of the Motor Sich enterprise (Zaporozhe). 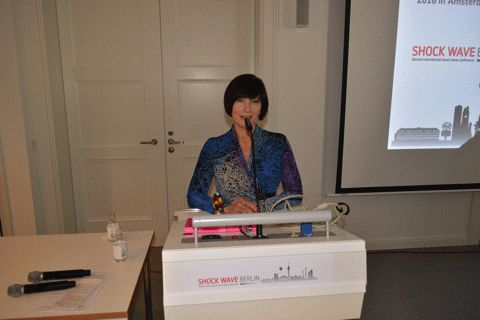 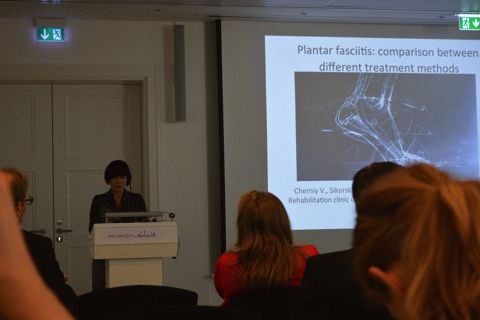 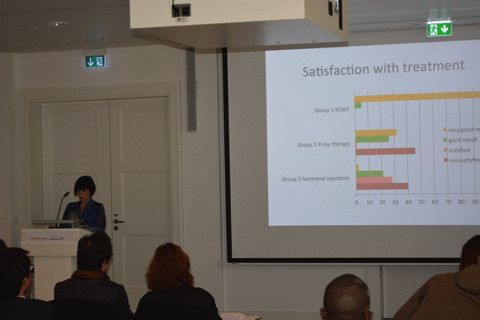 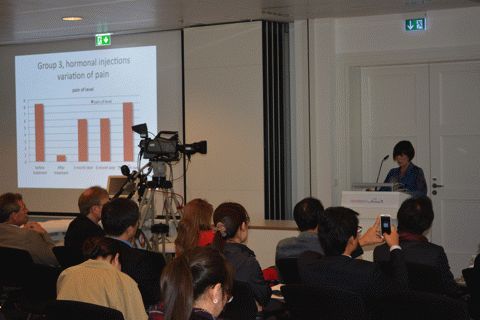 The second scientific report  gave arguments for efficiency of application of a shock wave in decrease of EPISPASTIC among the patients who had a stroke. The neurologist of the highest category Remenyuk Yu.K was as a speaker It is needed to act a huge interest of foreign colleagues in the content of this scientific work and wide clinical experience among their Ukrainian colleagues. 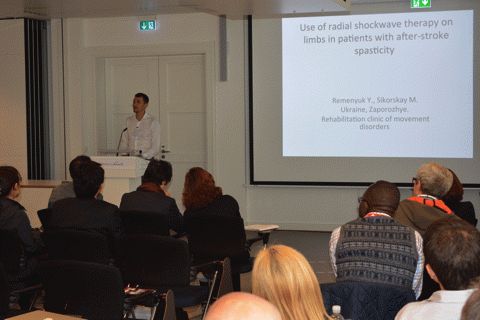 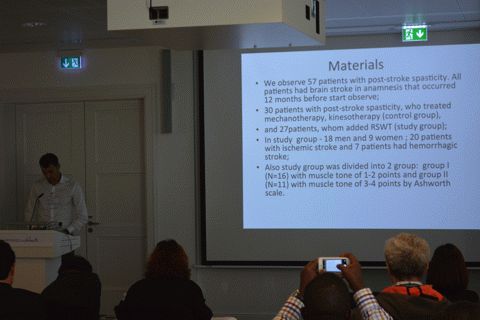 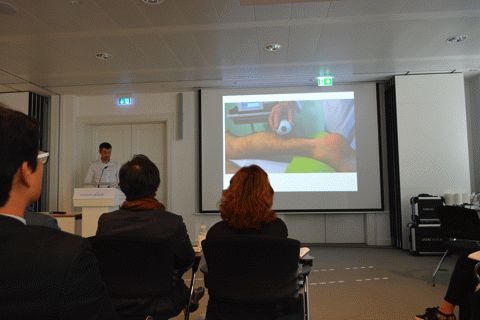 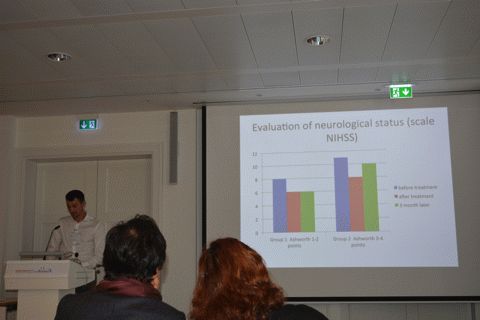 Reports were devoted not only to using of shock-wave therapy at various diseases, but also diagnosis of diseases, for example, of the musculoskeletal device by ultrasonography. 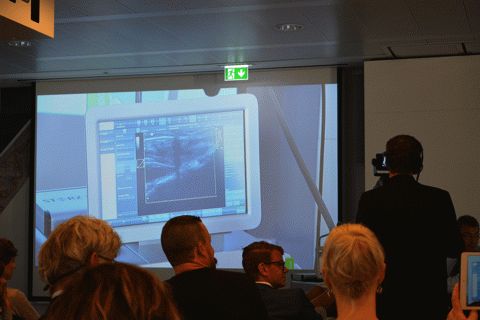 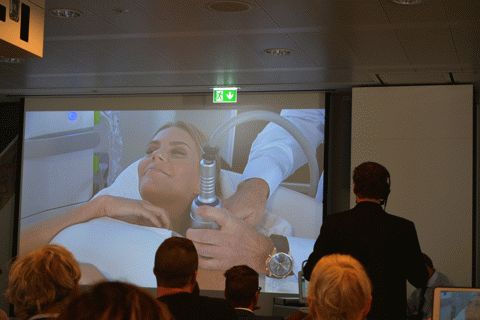 Active exchange of experience with foreign colleagues took place in an informal situation in breaks between seminars and scientific reports about shock-wave therapy. 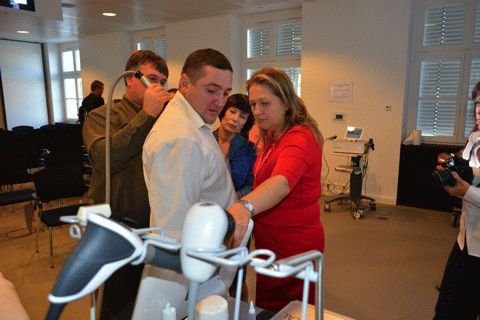 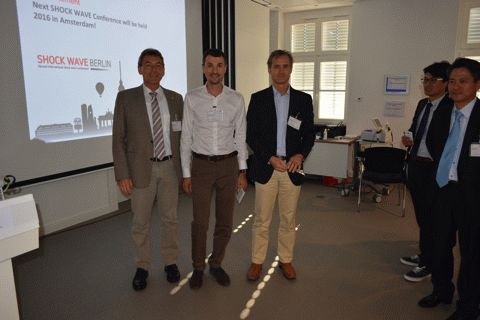 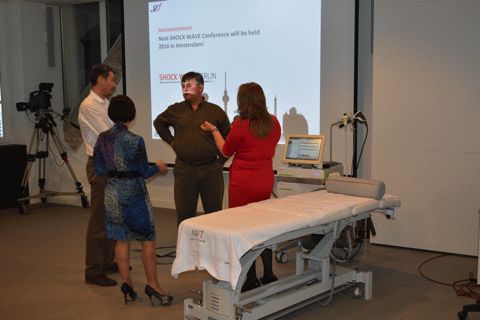 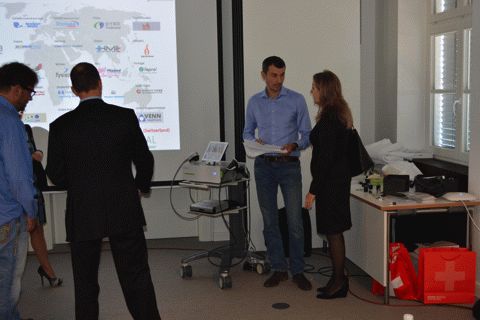 At Conference the company-producer of shock-wave therapy devices Storz Medikal presented new model of the SWT device Masterpuls 100 Ultra. The leading researcher of the company and the expert in the field of shock and wave therapy doctor Pawe? Novak, who is recognized all around the world told about new applicators and opportunities of their application for treatment of diseases of a backbone, fastion and sinews. Except scientific and educational part the fine cultural program which allowed to get acquainted with sights of Berlin was organized. nbsp;